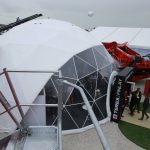 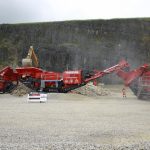 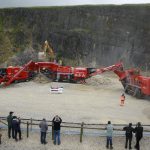 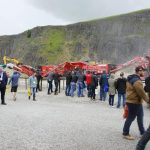 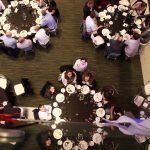 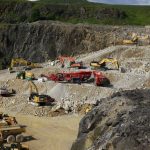 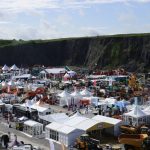 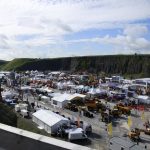 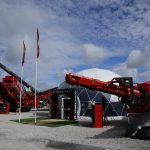 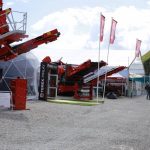 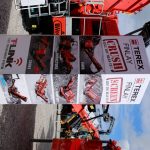 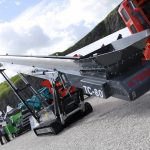 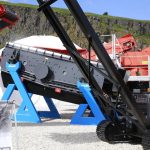 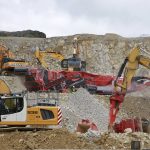 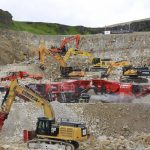 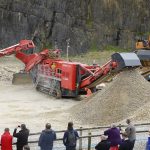 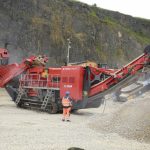 Hillhead 2016 is over and now the 476 exhibitors that took part in the show have packed up and left Tarmac’s Hillhead Quarry, Derbyshire until it all starts again in 2018. Despite some rain this year’s exhibition was a bumper one with nearly 19,000 unique visitors attending the event, which is an increase on 7.1% on the last show in 2014.

Feedback from both exhibitors and attendees was positive, in particular with the increased number of working demonstrations. There were no fewer than 14 excavators in the new look quarry face at one point.

For Terex Finlay, this was one of their best shows and busiest. Highlights of the show were in the main working area where the J-1480 jaw crusher and C-1554 cone crusher were exhibited.  Our industry leading J-1170AS jaw crusher and 883+ Spaleck recycling screen were also working at the show.

Terex Finlay launched a trio of  brand new products at the show including the global premier of the NEW 674 inclined screen and direct drive C-1540 cone crusher. Many attendees were delighted to see the preview our NEW I-140RS impact crusher in advance of its launch in Q3, 2016.

Ormonde Machinery were present on the Terex Stand, meeting our existing customers and building new relationships. Another huge aspect of Hillhead is getting the time and opportunity to meet and socialise with people from the trade, exchanging ideas and just having the banter. Terex Finlay hosted a convivial evening of entertainment at the National Football Museum, where as well as some lovely hospitality attendees got the chance to showcase their football skills!

We are looking forward to 2018, and word from Hillhead organisers is that they are expanding the size of the exhibition space once more, hopefully a sign of optimism and growth over the next couple of years.

This site uses cookies: Find out more.
Go to Top